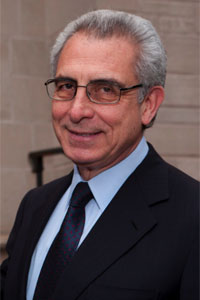 Ernesto Zedillo is the Director of the Center for the Study of Globalization at Yale University, where he teaches economics and globalization.

He earned his Bachelor’s degree from the School of Economics of the Natìonal Polytechnic Institute in Mexico and his M.A. and Ph.D. at Yale University. He was a Professor at the Natìonal Polytechnic Institute and El Colegio de Mexico. From 1978-87 he was with the Central Bank of Mexico; from 1987-88 he served the National Government of Mexico as Undersecretary of Budget; from 1988-1992 as Secretary of Economic Programming and the Budget; and he was appointed Secretary of Education in 1992. In 1994 Zedillo ran for the presidency and won. He served his country as President of Mexico from 1994-2000.

He was Chairman of the Global Development Network from 2005 to 2011, an organization that works with developing country researchers and policy research institutes to support the generation and sharing of policy-relevant research on development. He was appointed by the President of the World Bank to chair the High Level Commission on Modernization of World Bank Group Governance. The Commission’s final report, Repowering the Bank for the 21st Century, was launched in October of 2009. During 2007 and 2008 he served on the Commission on Growth and Development, chaired by Nobel Laureate, Michael Spence. The Commission’s final publication, The Growth Report: Strategies for Sustained Growth and Inclusive Development, was launched in May of 2008.

He served on the International Commission on Nuclear Non-proliferation and Disarmament, which released its final report, Eliminating Nuclear Threats: A Practical Agenda for Global Policymakers, in December of 2009. In 2007 he was appointed by Mohamed ElBaradei to serve as Chair of the Commission of Eminent Persons to recommend the future course of the International Atomic Energy Agency. This Commission presented its report in May of 2008, entitled Reinforcing the Global Nuclear Order for Peace and Prosperity.

He co-chaired the Partnership of the Americas Commission with Thomas Pickering which produced its final report, Rethinking US-Latin American Relations, in November of 2008, and the Commission on Drugs and Democracy with former Presidents Cardoso of Brazil and Gaviria of Colombia, producing the final report Drugs and Democracy in Latin America in February 2009. In 2007 and 2008 he served on the High Level Commission on Legal Empowerment of the Poor.

He also served as Chairman of the Oversight Board of the Natural Resource Charter and Vice Chair with Kofi Annan of the Global Commission on Elections, Democracy and Security. He is a Member of the Foundation Board of the World Economic Forum; the Trilateral Commission; the International Advisory Board of the Council on Foreign Relations; the G30; the Board of Directors of the Institute for International Economics; and the Board of Directors of the Inter-American Dialogue. In 2011 he was elected an international member of the American Philosophical Society.

He is the recipient of honorary degrees from Yale and Harvard Universities, the University of Miami; and the University of Massachusetts, Amherst. He is the recipient of the 2011 International Award of Lifetime Achievement by the Cristóbal Gabarrón Foundation of Spain; the Franklin D. Roosevelt Freedom from Fear Award; the Gold Insigne of the Council of the Americas; the Tribuna Americana Award of the Casa de America of Madrid; the Berkeley Medal, UC Berkeley’s highest honor; and the 2006 Sustainable Development Leadership Award presented by the Energy Resources Institute (TERI) in New Delhi. Two books he edited, Global Warming: Looking Beyond Kyoto (Brookings/YCSG) and The Future of Globalization: Explorations in Light of Recent Turbulence (Routledge) were published in 2008.