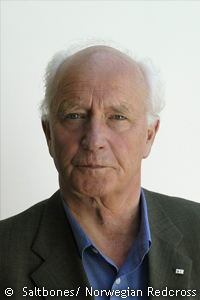 Thorvald Stoltenberg was the Defense and Foreign minister of Norway, Ambassador to the United Nations, UN head representative mediator to Balkan from 93 – 96, UN High Commissioner for Refugees, Ambassador to Denmark and President of the Norwegian Red Cross.

For the five Nordic Government’s he made a report in 2009 with proposals for closer foreign and security policy cooperation between the Nordic countries.

In June 2010 he chaired a commission for the Norwegian government that delivered a report on new drug policy for Norway.

Thorvald Stoltenberg passed away in Oslo on 13 July 2018.