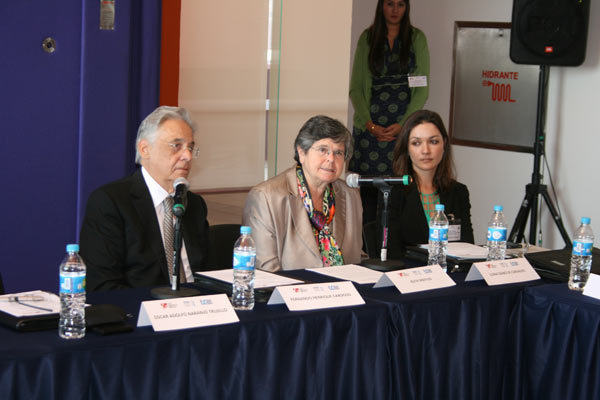 March, 7th, 2013 – Around 80 people, including three former presidents, Latin American government officials and civil society representatives gathered today and yesterday at TEC Monterrey in Mexico DF for a in depth discussion on alternative and integrated policies on citizen security, drugs and arms control. The extensive program of the event covered threats and opportunities on security in the Americas, the regional impacts of current drug policies and  possibilities to move forward on violence and arms control in the continent.

Fernando Henrique Cardoso, former president of Brazil and chair to the conference and the Global Commission on Drug Policy, highlighted the key moment for the region to take the lead on proposing a concrete positive agenda tailored to the realities of each country in order to guarantee the well being of its citizens. Cesar Gaviria, former president of Colombia, shared his experience on reducing violence and fighting the cartels, and Ruth Dreifuss, former president of Switzerland, presented information on the public health and harm reduction policies adopted in her country.

Oscar Naranjo, from Latin American Citizenship Institute of the Tecnologico de Monterrey System and host to the event, highlighted that mistaken diagnosis on security in Latin America has led to a dilemma on public investments. “Nothing is more polarizing than war: governments feel divided between investing on police force and social programs. For many countries in Latin America security is an end in itself, but to create a safe environment and conditions for people to coexist must be a priority. Security without coexistence is authoritarian, and coexistence without security is anarchist”, he said.

The Mexican government was represented by Eugenio Imaz, from CISEN (Center for Investigation and National Security) who spoke on the need to have human rights as a transversal guideline for policies on drugs and arms and to deglamorize drug use with the youth. He also addressed the need to carefully look, think and discuss the impacts of recent cannabis legalization in US states on the Mexican scenario. 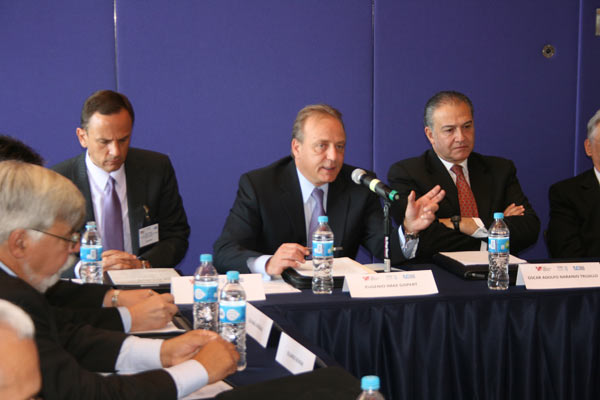 Several specialists and regional government officials presented success cases, such as the Brazilian UPPs (Police Pacification Units) at Rio de Janeiro favelas and the Disarmament Statute to control arms in the country, and the Todos Somos Juarez (We are all Juarez) from Mexico. Violence and insecurity were constantly addressed as main obstacles to social and human development in Latin America.

The program also brought further reflections on the situation in Mexico, Guatemala, Uruguay Colombia and the USA, besides considering the upcoming Organization of American States study on drug policy and the thematic UN General Assembly planned for 2016. Social movements and NGOs attending the conference had the chance to discuss opportunities for national and regional public engagement to promote citizen security and peace. 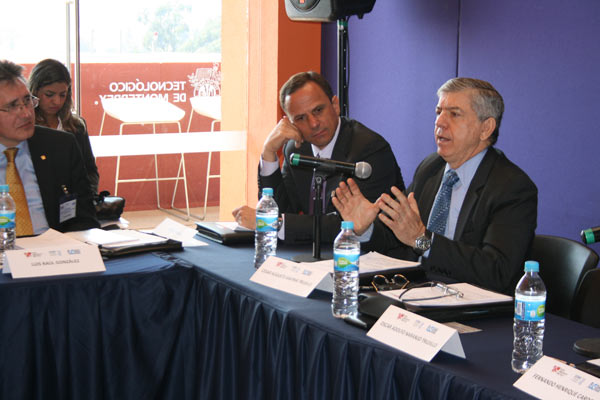 As stated by several reports and public declarations issued by the Latin American Commission on Drugs and Democracy and more recently by the Global Commission on Drug Policy, the current War on Drugs approach has proven to be unsuccessful not only because it has been unable to reduce the production, sale and consumption of illicit drugs worldwide, but also because it has brought disastrous consequences to the region in terms of public health and citizen security.

Your ticket for the: Conference convened by the Global Commission on Drug Policy in Mexico discusses positive agenda on citizen security, drug policies and arms control for Latin America