Three former presidents of Latin American nations have urged the world to end the “unmitigated disaster” of the war on drugs, and denounced the United Nations for secrecy and shortsightedness ahead of the first special assembly on drugs in 18 years.

The former presidents said that experts, statistics and a review of their “own failures on this front while in office” led them to “an unavoidable conclusion: the ‘war on drugs’ is an unmitigated disaster”.

While in office in the 1990s, the three leaders fought the drug trade by the usual, often violent, methods. Cardoso tried to eradicate marijuana production in Brazil, Zedillo began war against Mexican cartels that exploded in the second half of the decade, and Gaviria fought Pablo Escobar’s cocaine empire.

Escobar tried to assassinate Gaviria in a plane bombing, and the president’s administration killed the drug lord in 1993, a killing that Gaviria called “a step toward the end of drug trafficking” and proof “it is possible to defeat evil”.

But the three ex-presidents have spent the 2000s calling for decriminalization and regulation of drugs, and in 2009 Cardoso wrote for the Observer that decriminalization “breaks the silence about the drug problem”.

Drugs are “not first and foremost a matter for the criminal justice system”, he wrote. “Repressive policies towards drug users are firmly rooted in prejudice, fear and ideological visions, rather than in cold and hard assessment of the realities of drug abuse.”

While the three hailed the UN for holding an assembly on drug abuse on 19 April, they excoriated its methods in Friday’s op-ed. “What was supposed to be an open, honest and data-driven debate about drug policies has turned into a narrowly conceived closed-door affair,” they wrote.

The UN has blocked the majority of member states and various health and human rights groups from participating, according to the leaders, and the drafted declaration “perpetuates the criminalization of producers and consumers” rather than moving toward treatment for addicts.

Cardoso, Gaviria and Zedillo instead call for all UN nations to “end the criminalization and incarceration of drug users”, and to abolish capital punishment for related offenses: “It is a medieval practice that should be stamped out once and for all.”

Finally, they call for regulation of drugs to replace “the obvious failure of most existing drug laws”. 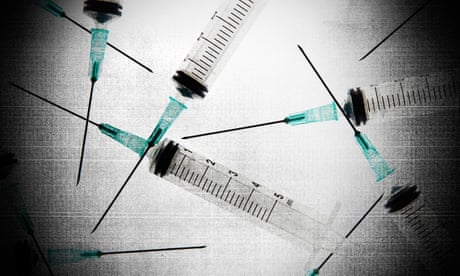 “This is not as radical as it sounds,” they add, citing the example of Switzerland’s healthcare plan for heroin addicts, Portugal’s decriminalization, Uruguay’s regulated marijuana market, and the nearly two dozen US states that have legalized marijuana for medicinal or recreational use. Cardoso has in the past also cited the Netherlands’ lax marijuana laws and liberalized drug laws in Bolivia, Ecuador and Colombia.

“Drugs are dangerous, but current narcotics policies are an even bigger threat,” he said in a statement. “This is because punishment is given a greater priority than health and human rights. Prohibition has had virtually no impact on the supply of or demand for illicit drugs.”

Your ticket for the: Former Latin American leaders urge world to end war on drugs ‘disaster’