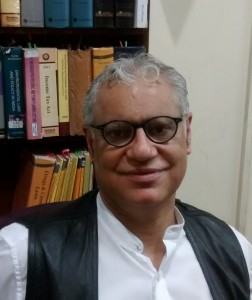 Anand Grover is a designated Senior Advocate, practicing in the Supreme Court of India and the Director of the Lawyer’s Collective (India), with offices in Mumbai, Delhi and Bangalore. He was the UN Special Rapporteur on the right of everyone to the enjoyment of the highest attainable standard of physical and mental health (Right to Health) by the UN Human Rights Council from August 2008 to July 2014. Anand Grover is a well-known long-time advocate and activist for HIV and human rights.

He has argued many cases relating to the rights of people living with HIV, including the first HIV case in India relating to employment law, on sexual diversity, including the case which decriminalized consensual same-sex activity in the Delhi High Court (set aside by the Supreme Court in December 2013), and Supreme Court cases relating to women with respect to employment, sexual harassment at the workplace etc.; patent cases to make medicines accessible in India; cases relating to the rights of sex workers and people who use drugs; cases on tobacco use; and cases regarding the death penalty for people who use drugs. He was also appointed the Special Public Prosecutor in the 2G government corruption scandal, the largest public corruption case in India’s history.

He has spoken and at national, regional international conferences. Anand Grover has worked closely with UNAIDS on HIV-related rights and law issues for many years and has been a valuable resource for it. In this regard, he has served on the UNAIDS Reference Group on HIV and Human Rights which advises UNAIDS Executive Director, Michele Sidibe, on how it can strengthen the commitment and capacity of governments, civil society and the private sector to protect and promote human rights in relation to HIV. At the request of the Government of India, Anand Grover and the Lawyers Collective drafted the HIV Bill, which is pending with the Government.

He is presently a member of Global Commission on Drug Policy and member of the Lancet-University of Oslo Panel on Global Governance of Health.