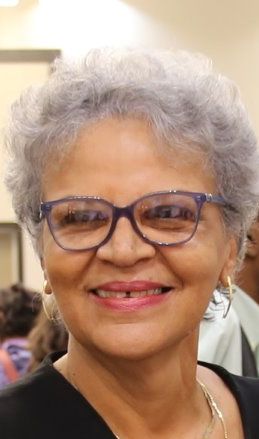 Michèle Duvivier Pierre-Louis, is President and founder in 1995 of the Fondation Connaissance et Liberté (FOKAL), member of the Open Society Foundation Network. She is an economist who studied in France and in the US. Upon her return in 1976 in Haiti, Michèle Duvivier Pierre-Louis has served in the private sector (banking and finance), the parapublic sector (National Airport Authority) NGO (training, literacy, development, grassroot organization) and Public sector (Prime Minister 2008-2009). Pierre-Louis is also at University teacher at Université Quisqueya, Haïti. She received a “Doctorate Honoris Causa” in Humanities from Saint Michael College, Vermont (2004) and one from the University of San Francisco (2014). She is a member of the International Commission Against the Death Penalty since 2010, member of the IBD civil society group since 2007, chair of the regional council of strategic orientation of the Francophone University Agency AUF), board member of several grassroot organizations, among many other engagements.