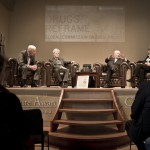 The Global Commission on Drug Policy will be conferred with the Cannabis Culture Award from the Hash Marihuana & Hemp Museum as recognition of its efforts to end the war on drugs and for harm reduction policies. The GCDP believes that the current drug control system has failed and is breaking the taboo by promoting an honest debate about alternatives to prohibition – thus the relevance of this event.

On April 26th, commissioner Thorvald Stoltenberg – Norway’s Former Foreign Minister will attend the ceremony in Amsterdam and receive the awards from Mr. Dries van Agt, former Prime Minister of the Netherlands and previous winner of the award. On May 9th, commissioner Sir Richard Branson will receive the Cannabis Culture Award 2012 in Barcelona on behalf of the Global Commission on Drug Policy, coinciding with the opening of the Hash Marihuana & Hemp Museum in Spain.

Sir Richard and Mr Stoltenberg serve on the Global Commission along with former Brazilian President Fernando Henrique Cardoso, former UN High Commissioner for Human Rights Louise Arbour, former U.S. Secretary of State George Shultz and several other global leaders. In June 2011 the Commission published a groundbreaking report on the failures of the decades-long drug war. The Commission called on states to open a sensible debate on drug policy reform and to take steps to decriminalize drug use by individuals who do no harm to others.

“We, like those who support total prohibition of drugs, are deeply concerned and moved by the social impact of drug abuse and addiction. But the fact is that prohibition has clearly not reduced consumption and addiction, and as an added hazard, in that it has empowered organized crime and fuelled violence accross the world”, declares Mr. Stoltenberg. “The Global Commission, unlike prohibitionists, believes that the best way to deal with this problem is not by criminalizing and marginalizing users, but by providing health care and education.“

Cannabis is the most consumed drug on the planet and a major source of income to criminal organizations. Many studies show that cannabis is less harmful than legal drugs like alcohol and tobacco, and yet it’s prohibition relates to violence, finances criminals and increases prison population in many countries. A regulated market for adult cannabis use is an option that should be explored to undermine organized crime and allow social health and development. By accepting the Cannabis Culture Award, the Global Commission on Drug Policy shows that dialogue and tolerance are the pillars to overcome the damage of 100 years of drug prohibition.

Your ticket for the: Global Commission on Drug Policy receives Cannabis Culture Award in recognition of efforts to end the war on drugs