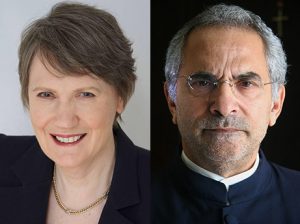 Under Helen Clark’s leadership, UNDP was one of the most active UN entities in the preparatory process of the UN General Assembly Special Session on drugs held in 2016, providing delegates with evidence on complex and often intertwined development issues in which drug policy plays an essential, though often neglected, role.

José Ramos-Horta has always advocated strongly for the most vulnerable and marginalized populations in society, actively working to promote human rights, conflict resolution through mediation, democracy, and the rule of law. He was a co-recipient of the Nobel Peace Prize in 1996, before serving as Prime Minister and President of Timor-Leste. He returned to government in 2017 as Minister of State and Counsellor for National Security.