Experts review drug policy in the Middle East and North Africa, and analyze its impact on public health and human rights

After more than a century of drug policies aimed at eliminating drug use in the Middle East and North Africa (MENA) region, through the criminalization of possession and consumption, there have been damaging effects on the health, human rights and security of users and the rest of the population, according to findings in a special issue of the International Journal of Drug Policy (IJDP) coordinated by the Global Commission on Drug Policy.

The authors of the Special Issue on Drug Policy in MENA review the trends and challenges for the implementation of life-saving harm reduction services in the Mid- dle-East and North Africa region. The research articles and commentaries in this special issue published by the International Journal of Drug Policy (IJDP) analyze the existing models of harm reduction in different MENA countries, their design and implementation, as well as benefits on individual and public health.

The authors of the special issue call for a review of the criminal framework in which drug policies operate in MENA, as the criminalization of drug use, possession and petty sale impede access to evidence-based prevention, treatment and harm reduction services. The systematic incarceration of people who use drugs, with no proportionality in sentences (the lowest penalty in the region being imprisonment between 2 months and one year for consumption of illicit drugs), raises the issue of drug injection in prisons and closed settings with its related health-issues and human rights violations.

In this special issue, the authors reviewed the available evidence of drug control on public health in the region, and found that over-criminalization of production and use, as well as discrimination and stigma faced by people who use drugs, are associated with high rates of HIV and hepatitis C. The authors touch upon the treatment meth- ods used by MENA countries and the mandatory treatment facilities to which con- victed users are diverted, but a lack of data limited this part of the research.

“The Global Commission on Drug Policy has supported authors from the MENA region to research, draft and publish their findings on drugs” said Professor Michel Kazatchkine, member of the Global Commission. “This peer-reviewed special issue published in the IJDP gives MENA and the rest of the world an evidence-based basis to gather more evidence, to have a clearer scientific view on where MENA stands in regards to drugs, and to start a needed discussion on humane drug policies in the region”.

The Chair of the Global Commission on Drug Policy and former President of Switzerland, Madam Ruth Dreifuss, commented “MENA is a drug production, transit and consumption region. It has one of the longest drug control histories, suffers the im- pact of prohibition in several ways, and faces the challenge of both traditional pattern of drug use and the consequences of a globalized drug criminal trade. This special issue opens a new chapter with its compilation of data and evidence, and will hopefully be the start of a reform movement concerned with the security, health and human rights of all”. 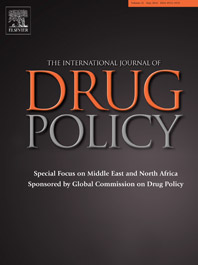 The articles of the special issue on drug policy in MENA are available here.

To contact the authors, please use the email addresses of the corresponding author available for each article

Your ticket for the: International Journal of Drug Policy: MENA Issue