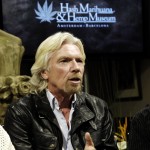 Sir Richard Branson will receive the Cannabis Culture Award 2012 in Barcelona this week on behalf of the Global Commission on Drug Policy. Sir Richard serves on the Global Commission along with former UN High Commissioner for Human Rights Louise Arbour, former Brazilian President Fernando Henrique Cardoso, and former U.S. Secretary of State George Shultz along with fifteen other global leaders. In June 2011 the Commission published a groundbreaking report on the failures of the decades-long drug war. The Commission called on states to open a sensible debate on drug policy reform and to take steps to decriminalize drug use by individuals who do no harm to others. Sir Richard has been a passionate advocate for drug policies that focus on the dignity and humanity of all. 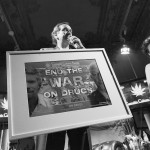 This will be the second round of Awards for 2012, representing the growth and international character of the Cannabis Culture Awards. On April 26th, the Global Commission on Drug Policy has accepted the award in Amsterdam represented by Thorvald Stoltenberg – Norway’s Former Foreign Minister. Other awardees in Amsterdam included Dr. Lester Grinspoon – Associate Professor Emeritus of Psychiatry of Harvard Medical School and Dr. Frederick Polak – renowned Dutch psychiatrist in the area of drug use.

Recognising Achievements in Ending Cannabis Prohibition
Since 2004, the Hash Marihuana & Hemp Museum Amsterdam has conferred the Cannabis Culture Awards to individuals and organizations who have commendably advocated for the acceptance of cannabis in all its forms and for the reintroduction of marihuana and hemp in modern society. In previous years, the Cannabis Culture Awards have been presented to former Prime Minister of the Netherlands Dries van Agt, poet and author Simon Vinkenoog and the American political and cannabis activist Jack Herer.

A moral obligation
In the year 2012, the importance of the Cannabis Culture Awards is greater than ever. Even though more and more countries decriminalize cannabis, in the majority of countries repression, stigmatization and imprisonment is still common. Fortunately there is a worldwide counter-movement, which argues that reason, justice and humanity must prevail over political objectives.

Aiming to change the world
The Hash Marihuana & Hemp Museum Amsterdam is a unique permanent exhibition which shows the past, present and future of the cannabis plant as a versatile source for industrial, nutritional, medicinal, sacramental and recreational purposes. The Museum’s collection is composed of rare artefacts related to all aspects of cannabis history and culture, which founder Ben Dronkers has been gathering from around the world over the last 40 years. Due to overwhelming public interest in the subject of cannabis in Southern Europe, a sister-museum will be opened in Spain on 9 May 2012 – the Hemp Museum Gallery Barcelona. The Museums located both in Amsterdam and Barcelona are meant to counter misinformation in the media and to educate and entertain anyone who wishes to know more about this fascinating plant.

Your ticket for the: Sir Richard Branson to accept 2012 Cannabis Culture Award in Spain on behalf of the Global Commission on Drug Policy