The Global Commission on Drug Policy    ⁄    Mission and History 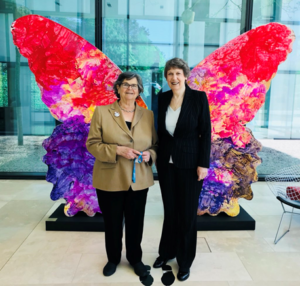 The Global Commission on Drug Policy was created in January 2011 by a group of personalities from the Americas and Europe, including former Heads of State and Government wishing to inspire better drug policy globally. Over almost 10 years now, membership grew to encompass Commissioners from around the world. Global leaders from the political, economic and cultural arenas, aware of the failure of the current drug control regime, felt that they must advocate for drug policies based on scientific evidence, human rights, public health, and security, leaving no-one behind.

The Global Commission’s first report broke the taboo on the negative consequences of the so-called “war on drugs” and called for a paradigm shift: priority must be given to health and safety, allowing for measures that truly help people and communities. Subsequent reports published in 2012, 2013 and 2015 explored in greater depth how the punitive approach to drugs and the criminalization of people who use drugs are responsible for the spreading of HIV/AIDS and hepatitis C, as well as for the lack of access to palliative care, pain medication, and other controlled essential medicines.

The pathways provide a roadmap for an essential pragmatic policy change: the consensus on which the international drug control regime was established more than 50 years ago is broken. A growing number of national or local authorities are moving away from a prohibitive attitude towards drugs and experimenting with different ways of managing their presence in society. These include decriminalization of people who use drugs, and implementing harm reduction interventions and a large spectrum of therapies (2016); policies based on evidence, not ideology, countering the prejudices about drugs and the people who use them (2017); envision the legal regulation of various substances (2018); the problems posed by substance scheduling (2019); and actual law enforcement by fighting organized crime (2020).

The evidence and research based discussion that the Global Commission has put forward, using its moral authority, is now triggering a global shift spreading across all continents. The Commission encourages positive reform everywhere.

Regional groups are developing, such as the Latin American Commission on Drugs and Democracy, convened by Global Commissioners and former presidents Fernando Henrique Cardoso of Brazil, César Gaviria of Colombia and Ernesto Zedillo of Mexico) and the West Africa Commission on Drugs (convened by the late Global Commissionner and UNSG Kofi Annan, and chaired by Olusegun Obasanjo, former President of Nigera and that published a cornerstone report entitled Not Just in Transit).

The Global Commission's Secretariat based in Geneva, Switzerland, oversees publications and knowledge disseminated by the Commission and organizes events and outreach. The Commission also counts on a wide network of experts and partners who have contributed to its work since its inception.

Your ticket for the: Mission and History