World leaders called for the decriminalization of drugs on Monday, in a report released by a commission that includes the former UN secretary-general Kofi Annan and former presidents of Colombia, Mexico and Brazil.

The Global Commission on Drug Policy’s annual report recommended that countries should end civil and criminal penalties for drug use and possession in a report that follows the commission’s sharp criticism of the UN’s lackluster effort to combat drug abuse. Commission member Richard Branson, head of the Virgin group, called the UN’s latest meeting on drug policy “fatally flawed” in April.

The former Swiss president and chair of the commission, Ruth Dreifuss, told the Guardian: “Politicians should show and prove to the people that what they are doing is to save the lives of these people and bring them to the health services they need to avoid overdoses and to create a climate so when these people are in need, they are able to find help.” 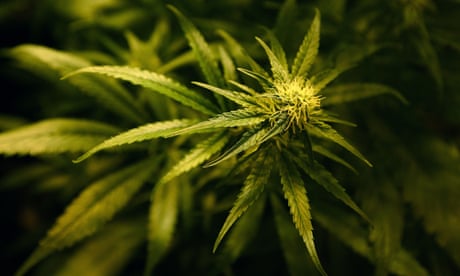 The commission’s report highlighted effective decriminalization policies, such as in Portugal, where drug possession is not a criminal offense. It also denounced harsh penalties for drug-related offenses, such as in the Philippines where there have been thousands of extrajudicial killings of drug users and dealers following the election of president Rodrigo Duterte, who has publicly urged citizens to “go ahead and kill” addicts and dealers.

Global drug policy has largely been driven by punitive measures in recent decades, but drug use has not slowed. From 2003 to 2014, the number of people aged 15-64 around the world who had consumed an illicit drug in the past 12 months jumped 33%, to 247 million.

The commission’s proposals for how to address the problem come amid a shift in global politics toward rightwing populism. This changing political climate could have a harmful impact on decriminalization efforts because conservative policy was rooted in ideology and was not “not really fact-oriented”, Dreifuss warned.

“I would say to really bring the issue [decriminalization] into rationality, which is what was lacking for so many years, will be quite difficult,” said Dreifuss. “But this is also why we are here and why we think a broad, global conversation about what is consumption, what are the drugs, what are the responses, what are the failure of the responses, is our duty.”

Commission member Michel Kazatchkine, former executive director of the Global Fund to Fight Aids, Tuberculosis and Malaria, said the trend toward rightwing politics should not interfere with decriminalization efforts.

He cited the recent US election, in which, despite Donald Trump’s victory in the presidential contest, marijuana legalization efforts succeeded in state elections. “People understand that this is an issue about the human right to privacy, that there is no reason the state would interfere with the lives of the millions of people who use drugs without causing harm to anyone,” said Kazatchkine.

Fellow commission member César Gaviria, a former president of Colombia, also cited the election as an example of how drug policy can fall outside partisan politics.

Three of these UN drug policy conventions are targeted in the commission’s report for breeding national policies that violate the UN’s own declaration on human rights.

“For example, the UN drug control treaties and over-reaching national laws have helped create a situation whereby 5.5 billion people around the world suffer from little or no access to adequate pain relief medication because of, among other reasons, restrictions placed on prescribing opiates and other pain medicines,” the report said. “This lack of access violates the international right to the highest attainable standard of health.”

The report specifically called for the abolishment of the death penalty for drug-related offenses, an end to criminal and civil penalties for drug possession and personal use, alternatives to punishment for those found with drugs, more research into regulatory models for drug use and for UN member states to remove penalization of drug possession as a treaty obligation.

To read original article by Amanda Holpuch in The Guardian, click here.

Your ticket for the: It’s time to decriminalize drugs, commission report says