The Global Commission on Drug Policy    ⁄    Opinions, interviews and articles    ⁄    Commissioner Clark: Another decade lost to the global war on drugs

Commissioner Clark: Another decade lost to the global war on drugs 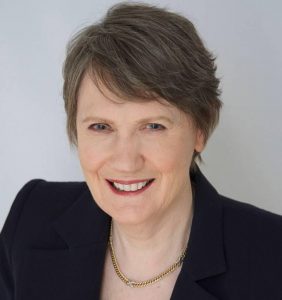 Read original article in The Hill.

In my experience as head of my country’s government and previously a health minister, as a former senior official at the United Nations, and more recently as a member of the Global Commission on Drug Policy, I’ve found debates on drug policy tend to be divisive and passionately ideological. On one point, however, there is a clear and growing consensus: Around the world, the so-called “war on drugs” is failing.

It has been estimated that globally more than $100 billion a year is spent waging this silent war, with over $40 billion of that spent in the United States alone. Yet, despite the huge amount of funding invested in drug control, the challenges are rising, not reducing, and the core objectives in the United Nations charter of promoting human rights, peace and security and development are being dramatically undermined by global drug policies. Unfortunately, there is even less consensus on the question of where we go from here.

This is all the more concerning as we rapidly approach a key inflexion point in the global debate, with the contours of the next United Nations strategy being negotiated before the crucial ministerial meeting in Vienna next March. As the situation stands, avoiding these critical questions no longer is tenable, and the first step to recovery from the collective “addiction to the war on drugs” is to accept that there is a problem.

A starting point for understanding better the political context is a new landmark report by the International Drug Policy Consortium — a global civil society network of over 170 non-governmental organizations focusing on drug policy — which has laid bare the drug war’s  failures in the starkest terms. The 2009 10-year U.N. drug strategy committed governments worldwide to creating a world free of drugs by 2019. But with each passing year, the world has moved further and further from this fantastical goal.

As the report highlights, drug use has not disappeared but instead has risen by 31 percent between 2011 and 2016. Illegal drug markets have expanded relentlessly to meet this growing demand, with opium and coca production rising respectively by 130 percent and 34 percent between 2009 and 2018.

Beneath this shocking failure of the 10-year strategy to meet its “eradication” goals lie even bleaker realities. To quote the late Kofi Annan, former U.N. secretary general and a member of the Global Commission on Drug Policy: “I believe that drugs have destroyed many lives, but wrong government policies have destroyed many more.”

Indeed, the number of drug-related deaths continues to reach new peaks, with 450,000 drug use-related deaths in 2015 alone. Much of this rise is driven by the North American opioid overdose crisis, with total overdose deaths in the United States reaching a record 72,000 people in 2017. This is more than the total number of U.S. soldiers who died in the Vietnam War.

Punitive drug law enforcement is fueling mass incarceration and prison overcrowding, with one in five of the world’s 10 million prisoners — tens of thousands in the United States alone — now incarcerated for drug offences, mostly for minor, nonviolent drug possession. This proportion is even greater for women, reaching over 50 percent in several Latin American countries and over 80 percent in Thailand.

Furthermore, drug market-related violence has spiraled to unprecedented levels. In Mexico alone, there have been up to 250,000 killings and 32,000 disappearances since 2006. This horrific level of bloodshed is compounded by illegal state actions where, at its extremes, the war on drugs is providing political cover for some of the most egregious human rights abuses taking place anywhere on the planet. Thousands have been executed for drug offences over the past decade and, according to several human rights groups, up to 12,000 people have been killed extrajudicially in horrific drug war operations in the Philippines since 2016.

Rather than eradicating drugs, prohibition is empowering and enriching organized crime groups. The combined impact of the drug war-fueled criminality, violence and corruption ranges from harm in U.S. cities and other developed countries to undermining development in low- and middle-income countries.

This is a particularly acute challenge in many of the fragile regions to which the criminal trade naturally gravitates to produce and traffic the drugs consumed in high-income countries. In the 10 years since the 2009 strategy, the cocaine trafficking routes from Latin America to Europe through West Africa have become further entrenched and resilient. The resulting criminality is effectively creating “narco-states” and pushing entire regions into a spiral of underdevelopment.

As the Global Commission on Drug Policy again highlighted only last month, if the so-called “war on drugs” continues unchallenged, achieving the U.N. Sustainable Development Goals — the universal call to action to end poverty, protect the planet and ensure that all people enjoy peace and prosperity — will be difficult, if not impossible, for many populations across the world.

It is hard to imagine a global policy enterprise that has delivered poorer value for money. The global community should ask what another trillion dollars spent in the coming decade might achieve if directed to more positive ends.

The reforms needed to deliver on our shared goals may not be easy to achieve, but they are not unsurmountable. They include pivoting away from failed punitive enforcement towards proven health and harm reduction policies; ending the criminalization of people who use drugs; mainstreaming human rights and development in policy thinking; and exploring responsible legal regulation models for cannabis and other drugs.

Many countries are pioneering and showing by implementation and practice the benefits from drug policy reform, and reducing the harms of current prohibition through prioritizing health and decriminalisation. Others, informed by evidence from academia and civil society, are shifting the paradigm and seeing the end of prohibition as a critical component of effective approaches to drug policy.

We hope that the United Nations will avoid simply rubber-stamping a repeat of historical mistakes in Vienna in March, and instead show bold leadership in supporting reforms that provide a pragmatic, meaningful and effective response to the presence of drugs in society.

Your ticket for the: Commissioner Clark: Another decade lost to the global war on drugs

Commissioner Clark: Another decade lost to the global war on drugs