Leaders of the Global Commission on Drug Policy said the UN’s first special session on drugs in 18 years had failed to improve international narcotics policy, instead choosing to tweak its prohibition-oriented approach to drug regulation.

“The process was fatally flawed from the beginning,” said Richard Branson, the head of the Virgin Group, adding that it may “already be too late” to save the international drug law system. 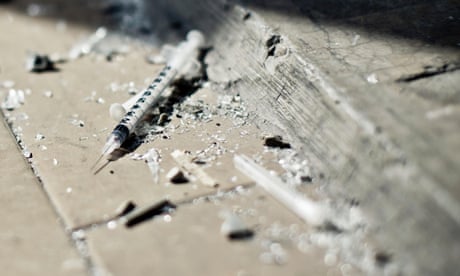 This week’s United Nations general assembly special session, UNgass, clearly displayed the deep divisions between member states over narcotics: while a growing number of countries, including several states in the US, have moved towards decriminalizing or legalizing drugs, others continue to execute people convicted of drug crimes. Three UN conventions prohibit drug use that is not medical or scientific.

The meeting, held Tuesday through Thursday in New York City, was billed as a forum to debate drug laws, called for by Mexico, Colombia and Guatemala in 2014. All three countries suffered disproportionate violence from cartels controlling drug supplies to the north. In Mexico alone, the government estimates 164,000 people were the victims of homicide related to cartel violence between 2007 and 2014.

On Thursday, Mexico’s president, Enrique Peña Nieto, announced plans to legalize marijuana-based medicines and proposed raising the amount of the drug that can be legally carried.

Activists for drug policy reform had already warned there was little hope that UNgass would provide a forum for serious debate of the issue. Activists criticized the process by which the meeting’s agreement – known as the “outcome document” – was drafted and negotiated. Some accused countries with repressive drug control policies, such as Russia and Egypt, of exerting undue influence on the outcome.

Meanwhile, provisions advocates hoped for, such as a ban on capital punishment for drug crimes and a reference to “harm reduction”, were left out.

Within the general assembly, the divide between countries over drug policy was in stark relief. Though the outcome document was immediately adopted after the session opened, many liberal nations called its conclusions “insufficient” and vowed to fight for reform at the next drug meeting, in 2019. 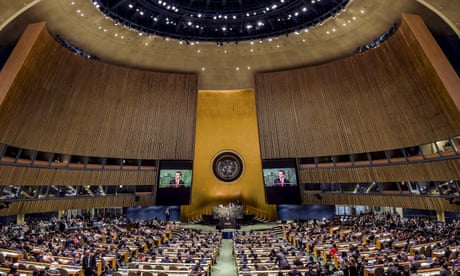 Meanwhile, a representative of Indonesia was booed when he called capital punishment “an important component” of drug policy, a statement backed by nations such as China. In another instance, a scientific panel organized by the Russian Federation veered away from widely accepted science when a Russian medical representative called methadone, used for opiate addiction treatment, and heroin the “same narcotic”.

“We are not expecting a lot from UNgass,” said former president of Switzerland Ruth Dreifuss. “In this sense, our provision is what the reality is: that the world community is not ready, is not willing, to have the change of politic that is absolutely necessary.”

“That we are going to live in a world free of drugs, which will never happen, which is never happening,” said Trujillo, apparently frustrated and even emotional. “It is totally stupid – unreachable.”

Your ticket for the: Decriminalize all drugs, business and world leaders tell UN