Professor of medicine, former Executive director of the Global Fund to fight AIDS, Tuberculosis and Malaria 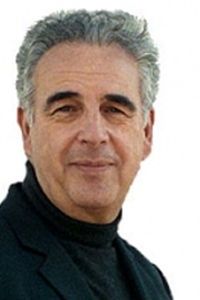 Michel D. Kazatchkine was Executive Director of the Global Fund to Fight AIDS, Tuberculosis and Malaria from 2007 to 2012. The Global Fund, based in Geneva, Switzerland, is the world’s leading multilateral financier of programs for the three diseases and one of the major financiers of health systems strengthening.

Dr Kazatchkine has spent the past 25 years fighting AIDS as a leading physician, researcher, administrator, advocate, policy maker, and diplomat. He attended medical school at Necker-Enfants-Malades in Paris, studied immunology at the Pasteur Institute, and has completed postdoctoral fellowships at St Mary’s hospital in London and Harvard Medical School. His involvement with HIV began in 1983, when, as a young clinical immunologist, he treated a French couple who had returned from Africa with unexplained fever and severe immune deficiency. By 1985, he had started a clinic in Paris specializing in AIDS – which now treats over 1,600 people – and later opened the first night clinic for people with HIV in Paris, enabling them to obtain confidential health care outside working hours.

Dr Kazatchkine was Professor of Immunology at Université René Descartes and Head of the Immunology Unit of the Georges Pompidou Hospital in Paris. He has authored or co-authored of over 500 articles in peer reviewed journals, focusing on auto-immunity, immuno-intervention and pathogenesis of HIV/AIDS.

In addition to his clinical teaching and research activities, Dr. Kazatchkine has played key roles in various organizations, serving as Director of the National Agency for Research on AIDS (ANRS) in France (1998-2005), Chair of the World Health Organization’s Strategic and Technical Advisory Committee on HIV/AIDS (2004-2007), member of the WHO’s Scientific and Technical Advisory Group on tuberculosis (2004-2007), and French Ambassador on HIV/AIDS and communicable diseases (2005-2007). Dr Kazatchkine’s involvement with the Global Fund to Fight AIDS, Tuberculosis and Malaria began when the organization was established in 2001. He was the first Chair of the Global Fund’s Technical Review Panel (2002-2005) and has served as a Board member and Vice-Chair of the Board (2005-2006).