Former Mayor of Prague and former member of the Parliament, Czech Republic 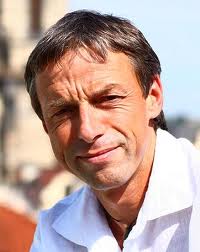 Bém studied medicine at Charles University in Prague, specializing in psychiatry and subsequently devoting most of his career in medicine to drug abuse prevention and treatment. Since 1998 active as a politician (Civic Democratic Party), started as Mayor of Prague 6 District, followed by two terms of office as Mayor of the City of Prague. His other interests include mountaineering, scuba diving and piano playing.